Women and Cancer in Uganda

With wide spread sensitization on cancer around the world, many women in Uganda have never had a cancer test. Both in the rural and the urban areas, some women have never even heard about cancer or the symptoms of cancer.

Recently, the Ministry of health announced that there is an increase in the cases of breast cancer among women less than 40 years of age in the country. As compared to the Western world where diagnosis is still among women aged 50 plus, in Uganda, reports have shown that the age trend has lowered from 40-50 year olds down to 30-40 year olds. Even though early screening could help save a life, a senior health worker revealed that some women are shying away from cervical cancer screening because they fear to undress before health workers.

Mugisha, a health medical officer at the Cancer Institute in Mulago Hospital in Kampala said that breast cancer screening in Uganda is still new. The majority of the patients he has encountered at the hospital report late and still a bigger number die before they get any medical treatment. He confirms that the danger of getting breast cancer increases as a woman gets older. His youngest patient was a 19 year old girl who died during treatment at the institute. She had been brought by her parents to the hospital as a last resort after other medical practitioners they had gone to advised them that it might be cancer.

Susan has just turned forty and she expected that she might get cancer since both her mother and grandmother had died of cancer when they turned forty. She was determined to do whatever it takes to protect herself. She ate right and exercised and every year from when she was 25, she went for a mammogram, travelling as far as South Africa since she could not get that done in Uganda at the time. Last year, Susan got the news that she has been dreading all her life, she was found to have a suspicious spot on her left breast. It was confirmed later that it is cancer.

Fortunately for Susan, it had been caught early as a result of her regular checkups. Among the young in Uganda, breast cancer cases are on the rise as the awareness levels of women is also increasing. This is according to Dr. Jacinto Amadua, the commissioner clinical services, in the Ministry of Health. He attributes the increase to the fact that more young women are coming up for the test as compared to the past when it was only the older women coming forth. Some young women believe that they are too young to get cancer and thus ignore the call for screening. In the rural areas, the lumps found in the breasts are dismissed as cysts and by the time the women seek professional medical advice, it is often too late.

Screening does save lives as when detected early, treatment can start immediately. Still, the main problem is that there is widespread ignorance in most parts of the country. Inadequate infrastructure and shortage of cancer specialists means that most people have no access to early diagnosis, treatment or palliative care-all of which have contributed to the increase of cancer cases in the country.

Dr Olive Sentumbwe, a senior gynecologist at the World Health Organisation, said health workers need to create a more inviting environment for women so that they can easily open up.

“Once the woman knows that there is a level of confidentiality and privacy between her and the health worker, then she can easily accept to be screened. Men and women fear to expose their privacy.”

Health works across the country are sensitizing the population on the pros and cons of cancer screening. They advise women to get tested especially if they have a family history, if they know that they have a risky mutation and if they have ever suffered from cancer because the chances are that they may develop another unrelated form of cancer. They also caution women on holding back on screening if they are suffering from another serious illness, if a person is sick and frail and if a woman is too scared to undergo the test. In this case they take the woman through counseling to build a trust and friendship first.

As much as there are no proven causes of cancer worldwide, in Uganda even in modern circles there is a lot of misconception about what causes breast cancer. Some people say that it is caused by deodorants and other anti-perspirants, wearing a tight bra, and may be contagious. None of these factors have been shown to increase a woman’s risk of developing breast cancer though.

So far there are only two screening places in Uganda, both of them at the Mulago hospital in Kampala. The Cancer Institute intends to train more health workers around the country so that screening will be available at every health center across the country. Hopefully in the long run, many more women will take the test and get treated early if cancer is detected.

Supermodel Ajak Deng lands the front cover of Italy’s Vogue Gioiello, which is a high fashion jewelry and style magazine, primarily about gold, that Vogue publishes in Italy.

Vogue Nippon (Japan), has two of the hottest women in the entertainment industry, one a supermodel–the other an actress, singer, and spokesperson on the front cover of its December 2010 Beauty issue.  Alessandra Ambrosia being the first, and Beyonce being the latter.  We’ll let you decide on who you think does the look more justice, or if they both do it justice in their own way.  NETERAL sum up their look to be that of a super glam, gold-glitter ethereal goddess.  The thick, luscious, curly hair adds to the goddess-like theme of the photos.

It has long been Serena’s passion to aid underprivileged children around the world as relayed in this quote, “It is my goal to open many schools for thousands of children who do not have the opportunity to get good education. I plan to do one every year.” Serena’s contributions have not gone unnoticed with Kenyan officials. Kenyan Priministers Raila Odinga and Kalonzo Musyoka have honored Serena Williams by featuring her efforts on Kenya’s prime time television.

What Serena’s humanitarian accomplishments show us is that we should strive to share what we have with people who are disadvantaged. We should be inspired by this legend who’s a reflection of us that we can give back whether it’s to our local communities or abroad. You may think that you have little, but there is always someone with less than yourself. When we invest in the children and inspire them, we will lay the foundation of a stronger and more secure future for our children. That is what we should all strive to achieve.

Rose Cordero is featured in a gorgeous editorial (not surprised) in Wonderland Magazine for its November/December 2010 issue.  The editorial, photographed by Driu & Tiago, embodied large cultural patterned gowns with the styling by Grace Cobb and presented an overall ethnic undertone where the background & scenery complemented the entire meaning of the photographs. 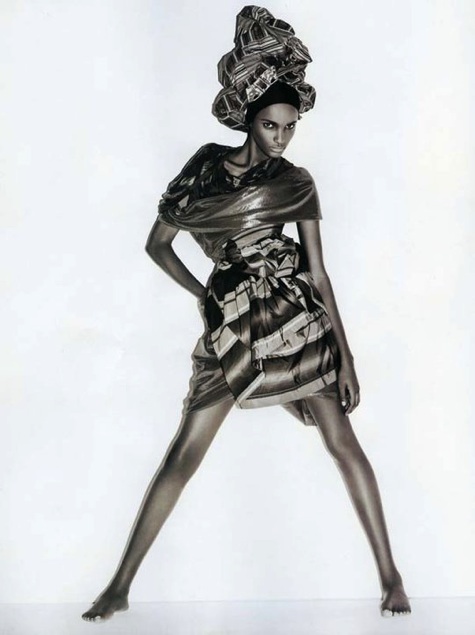 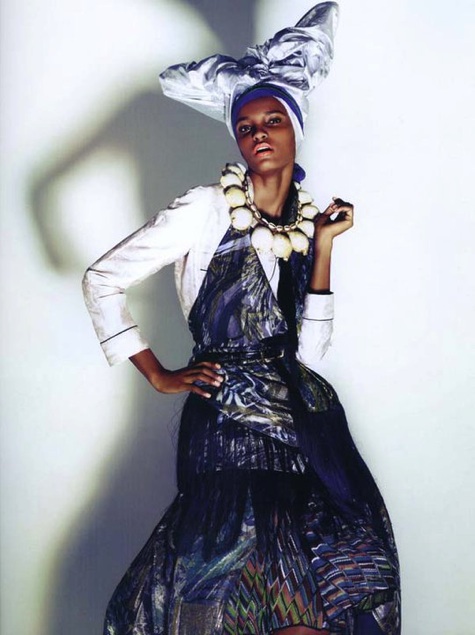 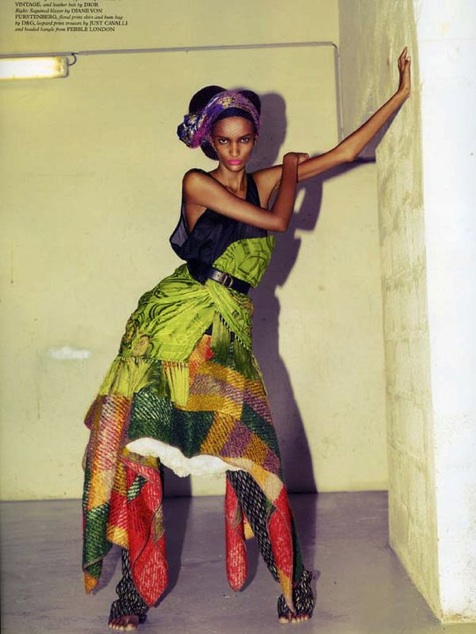